Getting Off of Methadone: Success Stories for the Road to Recovery

People in medication assisted therapy programs are a cross section of society from all walks of life.

It’s tempting to assume that if you’ve met one person who takes methadone, you’ve met them all. But the one thing addicts have in common is an inability to abstain from opioids, and just because you’ve never heard a methadone success story, doesn’t mean that they don’t exist!

Success looks different for each of our patients because, like other members of society, people in medication assisted therapy (MAT) programs have different aspirations. But it’s not uncommon for people to come into treatment unemployed and homeless and leave with a steady job and stable living situation in a relatively short amount of time.

In this post, we’ll share some of our favorite getting off methadone success stories and how the road to recovery is more possible than you may think.

Why Medication Assisted Therapy is Essential for Successful Addiction Recovery

There are a lot of misunderstandings about medication assisted treatment. They’re often negative and can prove to be an obstacle to people getting effective treatment to address opioid use disorder.

Some of the most common criticisms of methadone are that it’s used:

The stigma against MAT doesn’t just prevent people from getting into treatment. Sometimes, it can make it more difficult for participants to fully join the larger recovery community.

However, methadone can be a real lifesaver if you’ve had:

For those who have nowhere else to turn, methadone can restore hope for a better future. For the doubters, think about the cost of addiction and consider the alternative to effective, harm reducing treatment modalities, like MAT, with care. MAT offers an effective way forward in addressing this national crisis.

The Council of Economic Advisers for the White House, estimated that in 2015, the annual cost of the opioid crisis was $504 billion. An even greater cost is the lives lost to overdose.

According to the Centers for Disease Control, opioid overdoses dropped about 5%, from 72,000 in 2017 to 68,500 in 2018. Despite this 5% decline, the opioid crisis is still an extremely grim reality for many Americans.

Using methadone in medication assisted therapy may not be appropriate in every case though. We often say we’re “the last house on the block”. So if you or your loved one haven’t attended treatment or been using opioids for a year or more, then methadone may not be right for you at this time.

Upon meeting John*, we could tell he was highly intelligent with a lot of potential – but he was also in a desperate situation. He had a serious addiction to heroin that he had kept a secret for some time.

When his wife found out about his drug use, she told him he wasn’t welcome back in the house unless he was drug free and committed to staying that way.

When John first started treatment, we heard from his wife on a fairly regular basis. She wanted to know how he was doing and wanted printed drug screen reports. Initially, there were a couple of slips, so the results weren’t perfect.

Nevertheless, she continued to support his recovery efforts, while holding him accountable for real results. In time, John’s drug screens cleared up, and the results became consistent.

Another important part of John’s story is that he was unemployed when he first entered treatment. After committing to treatment, John was able to get a job, then a better job, and eventually, after months of diligent research and preparation, he opened his own business.

While John’s story is a great example of commitment to the recovery process, success isn’t defined to one outcome. 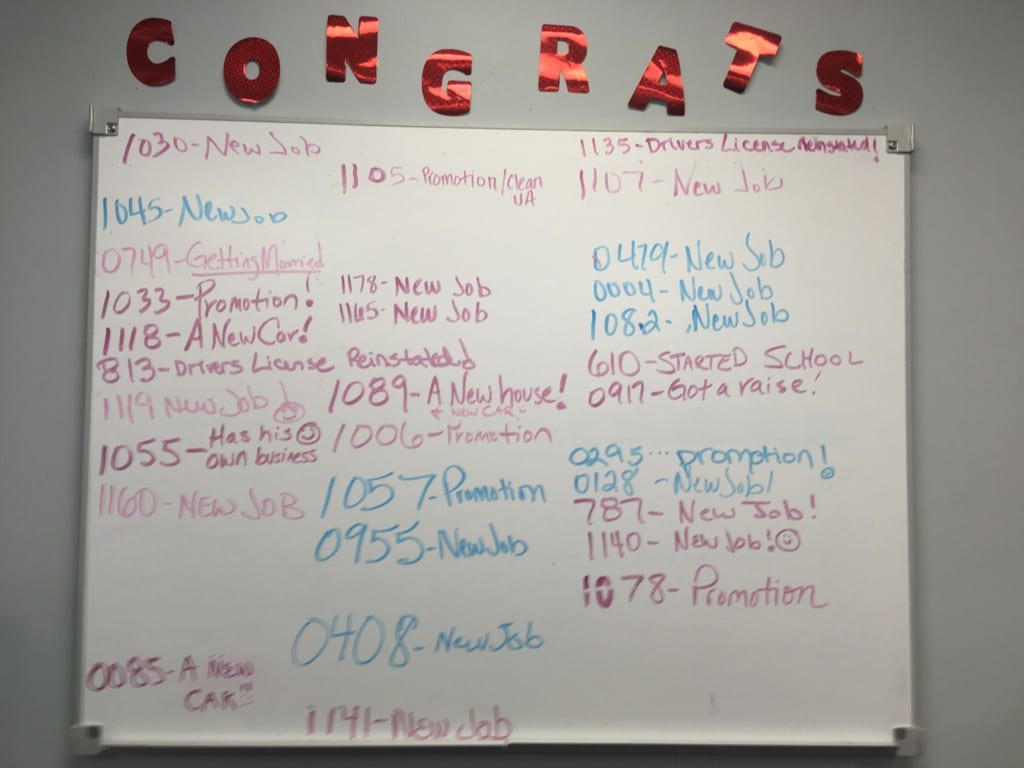 Some of our most touching methadone success stories include patients:

What may have seemed impossible to some people at first, becomes tangible through dedication to treatment, themselves and the people supporting them.

How a Support System Changes Your Medication Assisted Therapy Success

Sometimes, despite the facts, your family may not be supportive of your decision to pursue medication-assisted treatment. One option is to involve them in the process by bringing them to a counseling session where concerns can be addressed.

If they’re not willing to participate or be involved in the treatment process in a meaningful way, it may be time to reevaluate the nature of your relationship and establish a healthy boundary.

In those cases where a family member is open-minded enough to come to the clinic and learn about the treatment model, we tend to see better results.

Why? Because the family member takes advantage of the opportunity to become more informed about how and why methadone works. Also, they can take part in the “what” to do to move forward in treatment and in life.

We’ve seen family members become enthusiastic supporters and advocates of the treatment model when they consider the stakes and take the time to learn more about what medication-assisted treatment offers.

Case in point: John is a bright and resourceful person, but his wife played an important role in his success. She kept an open mind about methadone treatment, continued to ask questions, and followed the results.

John’s wife also didn’t stop asking about drug screens or attendance because she stopped playing an active role in his recovery. She could tell that John was drug free because she had her husband and the father of her children back. There are no easy options for getting off methadone success stories, but there’s always hope.

No matter how long the road to recovery may be, there’s always a way back home again.

*Name has been changed to protect the patient’s privacy.